What an amazing musician Watkins is, this unfailingly dependable and musical pianist who seems to be everywhere. If he caught a cold most of Britain’s summer festival season would collapse.

As a pianist, Huw Watkins is in great demand with orchestras and festivals including the London Sinfonietta, Britten Sinfonia, the BBC orchestras and Aldeburgh and Cheltenham Festivals. He has performed globally at concert halls including at the Barbican, the Wigmore Hall, the Library of Congress in Washington and the Smithsonian Institute. Strongly committed to the performance of new music, Huw has given premieres of works by Alexander Goehr, Tansy Davies, Michael Zev Gordon and Mark-Anthony Turnage. He recently presented a programme of Hans Werner Henze’s piano works at the BBC’s Total Immersion day at the Barbican. UK recent appearances include Newbury and Peasmarsh Festivals, Wigmore Hall, Eaton Square, Kettle’s Yard Cambridge, Saffron Walden, Glasgow, Bath. Further afield, Ferrara, Columbus (USA) with ProMusica Chamber Orchestra, Domaine Forget and Toronto Summer Music Festival.

A favourite partner for chamber collaborations, Huw Watkins performs regularly with his brother Paul Watkins, as well as Alina Ibragimova, James Gilchrist, Daniel Hope, Nicholas Daniel, Sebastian Manz, Mark Padmore, Carolyn Sampson, and Alexandra Wood. Recently Huw has featured as both Composer in Residence and pianist at festivals including Presteigne and Lars Vogt’s ‘Spannungen’ Festival in Heimbach, Germany, as well as with the Orchestra of the Swan (2012–14).

Huw has been named as Composer-in-Association with BBC NOW for three years, starting in the Autumn of 2015.

Huw Watkins is regularly featured on BBC Radio 3, both as a performer and as a composer. His recordings include a disc of Mendelssohn’s cello and piano works with his brother Paul Watkins (Chandos), British sonatas for cello and piano with Paul Watkins (Nimbus), Alexander Goehr’s piano cycle ‘Symmetry Disorders Reach’ (Wergo), and Thomas Adès’ song cycle ‘The Lover in Winter’ with the countertenor Robin Blaze (EMI Classics). Most recently, NMC Records have released a disc dedicated to Huw Watkins’ work entitled ‘In my craft of sullen art’ (NMC). The disc showcases Huw’s ‘outstanding pianism’ (Andrew Clements, The Guardian) and reveals him as ‘one of the most rounded composer-musicians in the UK’ (Andrew Clark, Financial Times). 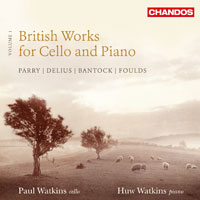 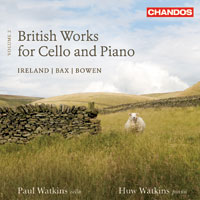 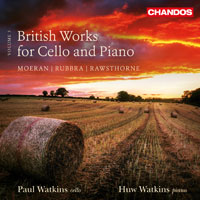 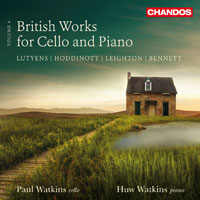