The Nightingale String Quartet was founded in 2007 by violinists Gunvor Sihm and Josefine Dalsgaard, violist Marie Louise Broholt Jensen, and cellist Louisa Schwab. All four studied at the Royal Danish Academy of Music in Copenhagen with Professor Tim Frederiksen as their chamber music mentor and coach. Since 2012 the Quartet has worked with Professor Hatto Beyerle, founder of the Alban Berg Quartet and European Chamber Music Academy (ECMA), the legendary violinist Shmuel Ashkenasi at the Orlando Festival in Holland, Milan Vitek and György Kurtág amongst others.

This young Danish Ensemble throws itself into the music with a vehemence and a sense of purpose...they bring such impetus and fire to bear [that you would hardly guess]... To call the second volume ‘eagerly anticipated’ would be a massive understatement.

The Nightingale String Quartet has won prizes at several national as well as international chamber music competitions. Early in their career the quartet won 1st prize at the Royal Danish Academy of Music’s Scholarship Chamber Music Competition (2008) and 2nd prize at the Danish Radio’s Chamber Music Competition (2009). In 2010 the Nightingale String Quartet was awarded 2nd prize at the International Chamber Music Competition ‘Charles Hennen Concours’ in Holland and the Danish Radio P2 Talent Prize where they were lauded for playing ‘with burning passion, irresistible zest, and contagious mutual responsiveness… so that the music speaks directly and strongly to the novice as well as the experienced listener.’ In 2011 the quartet was awarded with the Léonie Sonning Music Scholarship and the Jakob Gade Scholarship, and in 2013 it received the Danish Critic’s Prize.: Crowning their recent achievements, the Nightingale String Quartet was awarded with the Gramophone Young Artist of the Year Award in September 2014 – the first ensemble to receive this accolade.

In the recording studio the Nightingale String Quartet has been engaged by Dacapo recording the complete string quartets by Rued Langgaard in three volumes. The first was released in March 2012 and was awarded a Danish Radio P2 Prize for ‘Danish CD of 2012’. The disc was also nominated for BBC Music Magazine’s ‘Best Chamber CD of 2012’ and chosen as BBC Music Magazine ‘Chamber Choice’ and Gramophone’s ‘Choice’ in June 2012, where it was remarked that ‘to call the second volume 'eagerly anticipated' would be a massive understatement.’

The Nightingale String Quartet has performed and toured extensively since their formation. Highlights include their invitation to Shanghai in 2008 to represent the Royal Danish Academy of Music and symbolize a new collaboration with Shanghai’s Conservatory of Music. In 2009 the quartet toured across South Africa with ‘The Bow Project’ – string quartet pieces by composers from South Africa and the Faroe Islands inspired by the traditional African ‘Uhadi bow songs’. In 2010 the quartet took part in the ‘Orlando Festival’ in Holland and returned to China to represent Denmark at the World Expo and perform in Beijing.

In 2011 the Nightingale String Quartet worked on a project to give classical music a new form of promotion. With the director Mads Nygaard Hemmingsen, producer Melek Caglar and a cast of 100 actors, stylists and film makers, they created an HD classical music video featuring Shostakovich’s ‘In memory of the dead’. The video can be viewed on Vimeo (vimeo.com/33150303) and Youtube (youtu.be/74SZ79SIXrY).

In 2015/16 the Quartet will perform in Scandinavia, France, Turkey and China. In the UK they will appear in Liverpool, Cambridge and Halifax.

The Nightingale String Quartet is deeply thankful for the support it has been given from the Jacob Gades Scholarship, Augustinus Foundation, Margrethe Axelsen’s Foundation, the Oticon Foundation, Denmark’s National Bank Foundation of 1968, Carl Nielsen and Anne Marie Carl Nielsen’s Foundation and the Danish Musicians Society. The quartet’s name is inspired by the beloved Danish author Hans Christian Andersen’s story about the little nightingale. 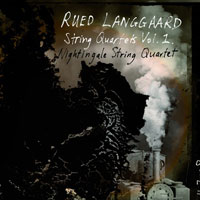 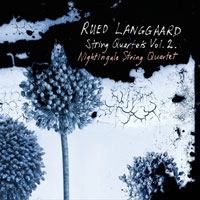 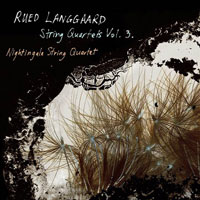