Tom Poster is a musician whose skills and passions extend well beyond the conventional role of the concert pianist. In demand internationally as soloist and chamber musician across an unusually extensive repertoire, he has been described as “a marvel, [who] can play anything in any style” (The Herald), “mercurially brilliant” (The Strad), and as having “a beautiful tone that you can sink into like a pile of cushions” (BBC Music).

And what can I say about the excellent Tom Poster? His versatility and unerring sense of what works best marks him out as a musician’s musician and everyone in the business should be beating a path to his door.

​Tom features regularly on BBC radio and television and has made multiple appearances at the BBC Proms. His exceptional versatility has put him in great demand at festivals, and those with which he has enjoyed  close associations include the Aberystwyth, Cambridge, Hatfield House, North Norfolk, Oxford Lieder, Presteigne, Roman River, Spoleto, Two Moors and Weesp Festivals, and IMS Prussia Cove. He is a regular performer at Wigmore Hall, and is pianist of the Aronowitz Piano Trio and the Aronowitz Ensemble (former BBC New Generation Artists), appearing at the Concertgebouw and the Aldeburgh, Bath and Cheltenham Festivals. Tom enjoys established duo partnerships with Alison Balsom, Guy Johnston, and Elena Urioste, with whom he makes his debut at New York's Carnegie Hall in 2018. He also collaborates with Ian Bostridge, Laura van der Heijden, Steven Isserlis and Huw Watkins, and has performed piano quintets with the Brodsky, Callino, Carducci, Castalian, Danish, Elias, Endellion, Heath, Martinu, Medici, Navarra, Sacconi, Skampa and Tippett Quartets.

​Tom is increasingly in demand as a curator and innovative concert programmer. In 2017, he curated and performed in four concerts of French chamber music and song for BBC Radio 3 at the Roman River Festival, and held a major residency at Wilton’s Music Hall, in which he featured as both pianist and composer. He is Artistic Director of the newly formed Kaleidoscope Chamber Collective, an ensemble with a flexible line-up and a commitment to diversity, whose forthcoming highlights include festivals throughout the UK and a series in Ischia in 2018.

Tom’s critically acclaimed recordings include solo discs for Edition Classics (Light and Shadows) and Champs Hill Records (In Dance and Song); three discs for Chandos with Jennifer Pike and the Doric Quartet; two discs for Sonimage with the Aronowitz Ensemble; Finzi’s Eclogue with Aurora Orchestra for Decca Classics; works by Thomas Ades for EMI; and a duo album with Alison Balsom for Warner Classics. Two discs with violinist Elena Urioste, the first a collection of miniatures (including Tom's own arrangements) and the second featuring the complete Grieg Violin Sonatas, are forthcoming. Tom also regularly features as soloist on film soundtracks, including the Oscar-nominated, Golden Globe-winning score for The Theory of Everything.

Tom studied with Joan Havill at the Guildhall School of Music and Drama, and at King’s College, Cambridge, where he gained a Double First in Music. He won First Prize at the Scottish International Piano Competition 2007, and the keyboard sections of the Royal Over-Seas League and BBC Young Musician of the Year Competitions in 2000.

As a composer, Tom’s recent commissions include two pieces for Alison Balsom, Turn to the Watery World! and The Thoughts of Dr May, the latter recorded for Warner Classics; and The Depraved Appetite of Tarrare the Freak, a chamber opera for Wattle & Daub, which received a critically acclaimed three-week run at Wilton’s Music Hall in 2017. A lifelong devotee of the Great American Songbook, Tom’s arrangements of Gershwin, Cole Porter and others have been extensively performed, broadcast and recorded. Tom has also recently appeared on stage as conductor, cellist, recorder player, swanee-whistler and Reciter in Walton's Façade. His other passions include Indian food, redwood forests, yoga, contrabassoons, bright blue skies, wild freestyle dancing and animals with unusual noses. 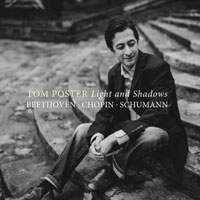 In Dance and Song 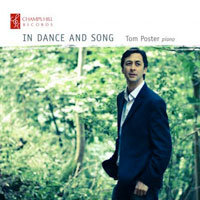